The Recession Is Coming: Are Arts Groups Prepared?

Last month, SMU DataArts, in partnership with Theatre Communications Group (TCG), released a paper examining the financial health of 75 theatres in the years leading up to, during, and following the Great Recession. With recession warning lights blinking again, the researchers explored the financial preparedness of US theatres to weather the coming period of uncertainty and turbulence.

Their findings were stark: theatre costs have risen faster than revenue since 2004, causing deficits and declines in liquidity. As of 2017, a majority of theatres had negative working capital — meaning they are borrowing to meet their day-to-day needs.

In this post, I delve into the reasons for some of these worrisome trends and recommend actions for cultural leaders as they prepare for the approaching recession.

In an expansionary period, why are they faring so poorly?

The research headlines point to unsustainably rising costs. Expense growth has outpaced revenue growth since 2004, and all categories of expense have risen faster than inflation. Administrative payroll was a primary driver of budget expansion, likely because theatres filled critical gaps in functions such as fundraising and finance. Because many donors are still unwilling to pay sufficiently for these “overhead” costs, it is a fair bet that theatres were not able to identify funding to fully support their new hires. Production costs also rose substantially over the period examined — an indication that artistic visions are not fully supported by existing revenue models.

When business models are weak, balance sheets naturally suffer. But the severity of balance sheet weaknesses reported in the new study stand out. A 6% decline, on average, in organizations’ bottom lines since 2004 shouldn’t yield a jaw-dropping 125% drop in working capital over the same period.

What gives? Theatres appear to have progressively moved money into facilities and other fixed assets. In the meantime, their endowments have expanded along with the financial markets. Over the research period, fixed assets and board-designated endowments grew by 57% and 63%, respectively, on average. In other words, many theatres have “locked up” their limited liquid capital, leaving leaders struggling to manage their organizations.

The sharp reduction of working capital will have consequences in the next recession. Theaters now have more assets concentrated in facilities, and less cash to invest in maintaining their fixed assets. Endowments do not generally generate sufficient income to turn bottom lines positive, nor do they provide easily-accessible liquidity during economic downturns. Board-designated endowments are more flexible than traditional, donor restricted investment funds — but only if board members are prepared to draw them down.

The reasons for recently negative financial trends — both unfunded growth and unevenly allocated assets — are complex. Boards, managers and donors continue to believe the myths that “scale” equals “success” and that fixed assets lend stability. The notion that cultural nonprofits shouldn’t save like every other kind of business remains pervasive, even as national organizations like TCG, SMU DataArts and Grantmakers in the Arts (GIA) work tirelessly to advocate for better management and grantmaking practices.

In this difficult environment, we offer four timely reminders and recommendations. These recommendations are relevant not only to the theatre sector, but to every nonprofit organization that is struggling financially and wondering how it will get through the next economic downturn.

Theatres — and all nonprofits — will continue to scale their deficits unless nonprofit and funder behaviors change. First, organizations must commit to communicating the true, full costs of all expansionary efforts, and the donor community should signal a willingness to listen. Encouragingly, some major foundations have shown leadership by committing to address the chronic underfunding of overhead costs.

Second, organizations should not pursue material expansion unless they can secure change capital upfront, or have reserves available to draw on for this purpose. This multi-year, flexible cash can be invested in strategies to finance new program and operating activity. Like for-profit equity, change capital is meant to help organizations figure out how to reliably cover their new costs over time.

Finally, when full-cost funding and change capital aren’t forthcoming, nonprofit executives need to become more comfortable saying “no.” During recessionary periods, organizations can stem their losses by being creative with the artistic and human capital they already have.

Recommendation 2. Don’t take your cash out of the drawer and stick it in the ground… or the market

Since 2014, RTA has partnered with Grantmakers in the Arts to educate nonprofits and their supporters nationwide about the importance of building liquid resources to support artistic freedom for the long term. Our core message: organizations need to capitalize in the right order, and working capital should always come first. Most organizations benefit from at least a few months of flexible operating cash on hand to pay for predictable costs ahead of reimbursement revenue from grants or fees. After everyday cash is in place, leaders can then set their sights on creating board-earmarked reserves for rainy days. Endowments (restricted or otherwise) and fixed-asset expansion should come after the balance sheet is otherwise healthy.

Recommendation 3. Get your board on board

Board members are often not aware of the cultural sector’s liquidity crisis. Include them in educational efforts. In the meantime, finance committees should develop surplus-generating budgets with annual working capital and reserve targets. When results are off-target, board members can help senior management develop new scenarios and consider tough decisions that align costs with revenue realities. Trustees should signal trust in their nonprofit executives by not locking up every penny of flexible cash in endowment-like structures.

When the economy goes south, theaters and other nonprofits cannot afford to manage by instinct. No one knows how hard the pocketbooks of audiences and donors will be hit, whether arts funding will again shift to front-line human services, or how markets will perform. Financial trends shift quickly, and organizations will need to stay on top of their own data. At a minimum, arts managers’ financial toolkit should include.

The economic outlook is sobering. So is the financial state of the sector. Change will take courage and creativity. Luckily, arts leaders have both. 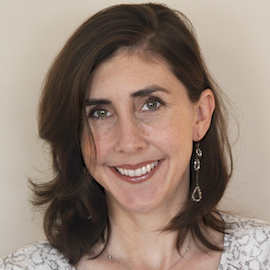 Rebecca Thomas is the Managing Director of Rebecca Thomas & Associates. She has over 15 years experience advising nonprofits and foundations.

Prior to founding RTA, Rebecca was the Vice President of Innovation at Nonprofit Finance Fund, with overall strategic responsibility for national initiatives, funder partnerships, and online services. She served as a spokesperson and advocate for NFF regionally and nationally, speaking and writing on issues of nonprofit capitalization. Before entering the nonprofit sector, Ms. Thomas served as Senior Economics Correspondent for Smartmoney.com, where she covered economic developments and financial markets, and appeared as a commentator on CNNfn, MSNBC, and Fox.

As a former dancer, Rebecca has a particular passion for advising arts and culture nonprofits and grantmakers. She is an advisory board member for SMU DataArts and a member of the finance committee of Lark Play Development Center. She formerly served on the boards of DataArts, José Mateo Ballet Theatre and the Rock School for Dance Education.

Rebecca received an MBA from Columbia University's Graduate School of Business and graduated with honors from Yale University with a B.A in French and International Studies.